Back to Fan Mail

Families often pass down traditions from generation to generation.

In Bukky Akinbola’s case, that tradition is banking with Elements Financial, his credit union for more than 30 years.

Bukky’s relationship with Elements began when he was hired at Eli Lilly and Company in October of 1990. During his onboarding, he learned about the benefits of becoming a member of the company’s credit union. The ease of working with a financial institution partnered with his employer convinced him to become a member. After a few years of conducting some business with the credit union, Bukky chose to make Elements his primary financial institution. He knew he had made the right decision to bank with Elements when he applied for a mortgage on a home in Pennsylvania. Although the home was purchased out of state, Bukky explained that “everything was handled with ease and promptly over the phone.”

Along with his accounts, Bukky decided to move the accounts for his wife, Obo, and two sons, Michael and Charles to Elements as well. Growing up, his son Charles recalls his parents raving about how credit unions provide better service than banks. Bukky worked with Elements to prepare his sons for financial success throughout their childhood and teenage years. Little did Charles realize then what a large impact this would have on his life.

When Charles met some Elements staff members a few years ago, he saw the passion and dedication they had for supporting their members. He knew he would love working in a culture like that someday. His vision became a reality in 2018 when he joined the branch operations team at Elements. Currently, he serves as the manager for two branches based at the Lilly Technology Center. Bukky is proud that his son is employed by one of the Best Places to Work in Indiana, saying, “I feel very grateful and proud that my son gets an opportunity to work for Elements and continue the tradition of offering first-class customer experiences to members.”

At the start of this new decade, another generation of Akinbolas entered the world when Charles and his wife Lydia welcomed their first child earlier this year. Their family is already continuing their Elements story by setting their new son Noah up for financial success from a young age. Charles plans to teach his son the power of budgeting and saving, focusing on the difference between wants and needs in life. He says, “My parents did an excellent job of teaching my brothers and me these principles, and I know I am where I am today because of that.” 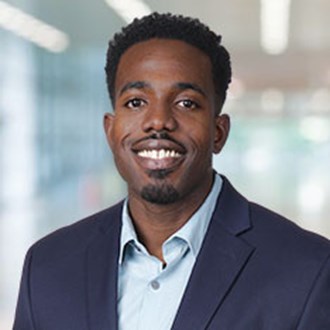 I feel a sense of pride and legacy with working for the credit union tied to Lilly. I love managing the branch that is in the very building where my dad used to work. It’s so exciting! 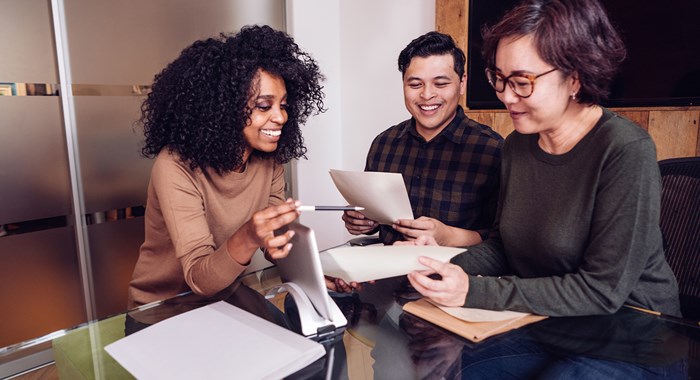 In addition to Lilly, Elements partners with 140+ companies across Indiana to provide a fresh approach to banking. Elements is an "at work" financial wellness provider — which means we offer comprehensive financial wellness services to employees of companies nationwide. Partnering with Elements is an easy, no-cost way to enhance your employee benefits package. This benefit comes at no cost to you or your employees and is completely voluntary. Explore options today!