Back to Fan Mail

There isn’t much worse than having noisy neighbors. And that’s what Elements member Brandon Signorino wanted to avoid becoming.

As a musician and active member of the Indianapolis heavy metal scene, buying his first home meant that he would have a space to host his band’s rehearsals and recordings. Signorino explained that he and his wife, Sam, “really needed a place to make our own” and they had been considering options that made sense for them. While being able to host band rehearsals was a reason he wanted to become a homeowner, Signorino also knew that there were many other factors to consider throughout the purchasing process.

Signorino explained, “when I began my current position at Butler University, I was informed that they had Elements as a credit union partner and that, being an employee, we could easily become a member.” He started with a savings account and a Signature Rewards Visa Credit Card with Elements after opening his membership. As he settled into his role at Butler, Signorino discovered that Elements was actively involved on campus with weekly office hours and monthly educational workshops. Signorino connected with Kara Fischer, Relationship Manager from Elements, who is a dedicated resource to Butler students, faculty, staff, and alumni. Fischer helped guide Signorino to a financial place where homebuying was possible.

Buying a home is a major milestone and often involves a significant investment of time and energy. Signorino shared that “while parts of the homebuying process were indeed stressful, we thankfully had both a good Realtor and a good loan originator who made it easier.  We worked with Sean Kiely at Elements Financial through the process.” Signorino didn’t downplay that purchasing your first home is a tough decision, explaining that he was “preparing for months in advance.” But thankfully, Mortgage Loan Originator Sean Kiely was able to provide trusted advice throughout the process. “His help was invaluable,” said Signorino.

Because of the great mortgage experience that they had, the Signorinos now consider Elements their primary financial institution. “We started with just the credit card and savings accounts, but now we also have our checking and both of our cars financed through Elements,” Signorino said. Working with Elements has been like a breath of fresh air for Brandon and Sam. He calls it “a vast improvement over the banks we worked with in the past” and says that his “old banks didn’t put in as much effort to get to know us and didn’t offer financial wellness education.”

We started with just the credit card and savings accounts, but now we also have our checking and both of our cars financed through Elements. I don’t think we could go back to working with a normal bank again.

Overall, Signorino is thrilled with being a member of Elements because he “gets better rates on both deposits and loans” plus, personalized service and access to on-campus resources at Butler. He concludes by saying, “I don’t think we could go back to working with a normal bank again.” Elements is proud to support Signorino and glad our credit union could help him purchase a home where he and his band can rehearse as loud as they like. “You can’t do those things in an apartment,” Signorino jokes. 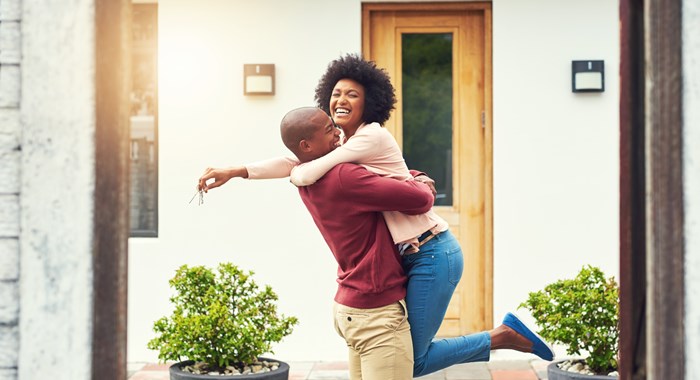 Buying Your First Home is Possible

Elements can help you purchase your new home with as little as 5% down while avoiding costly PMI. Connect with one of of Mortgage Experts for step-by-step guidance through the homebuying process.